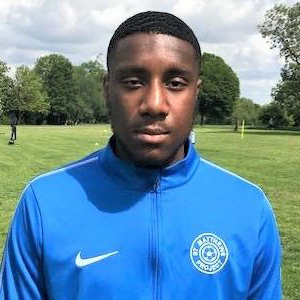 SMP Team you are most involved with?

So, the SMP team that I’m mostly been involved with is the u15’s team which I’ve been the manager of the team for the last two seasons.

Aside from SMP what team do you support?

The football team I’ve supported from a very young age has been Manchester united so I’ve been through the great times and not so good times which the club is currently going through but hopefully within a couple of seasons man utd are right back to where we belong at the top of English football.

And who is your favourite player?

So, my favourite player in the past before he retired from football was Rio Ferdinand, being a central defender myself when playing football, I just loved the way Rio played the game but if you’re asking me right now who’s my favourite player to watch it has to be jack grealish, I’ve been enjoying the way he glides past players with ease it’s very fun to watch.

How did you get involved with SMP?

How I got involved with smp I was doing my fa level 2 course and lucky I was able to see one of the other coaches which was Evon taking the same course, I was quite surprised that he still recognised me from about 11 years ago when we were playing football together for the same u13 team so he invited me down to the project to see how it is.

What’s your greatest memory or achievement with SMP?

So, after being with smp for about two seasons my greatest memory so far as to be when my u14 team at the time, scored a last minute’s equaliser with 9 men on the pitch to send us top of the league.

Give us a piece of coaching advice or tip?

The one piece of coaching advice I have is to enjoy the process of the coaching journey the highs and lows you can experience, the quick memories you can create and the learning you can look forward to in order to become a better coach.

We are very proud to engage with a high number of

Congratulations and a huge well done to all our su

Today @paul_osew came down to visit the young peop